A deep­-fried, oversaturated Sunday afternoon after church. Meat n’ threes and glasses of sweet iced tea. Iconic performers like James Brown. Otis Redding. Ray Charles. The vibe and gritty swing of the music. When you think about the South you can’t help but think about soul.

“It’s the Seoul kind of soul, Korean food, and it’s swinging with Atlanta’s Southern culinary scene in a song that’s being sung in cities all over our county.”

In Gwinnett County, there’s a different kind of soul. Not so much deep­ fried as marinated. Less gritty and more clean. Seasoned with the same energy presented in “Sittin’ on the Dock of the Bay.”

It’s the Seoul kind of soul, Korean food, and it’s swinging with Atlanta’s Southern culinary scene in a song that’s being sung in cities all over our county. It’s a nostalgic yet delightfully vibrant kind of song, and we don’t want it to end.

Gwinnett’s Korean influence began in the late 80s and early 90s as the county’s diversity mushroomed with waves of Asian and Hispanic immigrants. The Asian population grew rapidly from 3% in 1990 to 11% in 2013, while Latino and African­ Americans represent respectively 20% and 26% of Gwinnett’s population, according to the U.S. Census Bureau and USA Today. That melting pot of cultures makes Gwinnett the most diverse county in the Southeast.

From supermarkets to tight-­knit church communities, the Korean lifestyle has intertwined itself with the South’s. Many families have made their home in Northern Gwinnett, building communities and their businesses in Duluth and surrounding areas. But like most who leave home, you miss the comfort of what you’ve always known, and that’s where the food comes in.

“You can only have so much pasta and steak before you really start craving the food that you grew up on,” says Sarah Kim, International Marketing Coordinator at the Gwinnett Visitors and Conventions Bureau. “I really missed the home­-cooked aspects of a simple meal with fish, vegetables, and rice with some soup.”

Kim, born in South Korea, moved to Duluth in middle school and spent a majority of her youth in the area with her family. She has served as a bridge between the Korean and Southern cultures in Gwinnett as a legal interpreter and now as a radio program host and marketing coordinator. To Kim, Korean food is a way to celebrate where she came from, connect with others and enjoy the familiar flavors of her hometown meals.

“You can only have so much pasta and steak before you really start craving the food that you grew up on,”

And there are so many meals to enjoy.

Steamed pork belly. Kimchi. Samgyetang soup. These dishes have become standards on Gwinnett’s menu, as common as fried chicken and potato salad. Ordering a carafe of Soju is as easy as pouring a pitcher of iced tea. You’ll find traditional Korean desserts from rice cakes to shaved ice at Tree Story Bakery & Cafe, Chinese-Korean cuisine at Fungmei and classic Korean street food snacks like Kimbap and Ddukbokki at Yummy Place. These are a few favorites of hundreds of family-run Korean restaurants in Duluth.

Then there’s Korean BBQ. Oh, the BBQ. A beautiful blend of seasoning and soy sauce, thick-cut and grilled to perfection, Gogigui is a satisfying spin on a Southern staple.

You haven’t completed the tour until you visit Honey Pig Atlanta and 678 other Duluth restaurants also prized for their savory Korean BBQ. 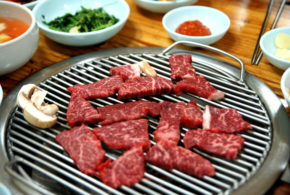 It’s dishes like Korean BBQ and Korean-style fried chicken that make traditional Asian cooking so accessible to Southern palates. These foods translate well with Southern fare, where fryers are familiar and meat makes a meal. They’ve opened the door to different seasonings, like ginseng and jujube, and the flavor that comes with fermentation and lots of soybean paste. It’s resulted in a fusion of Southern and Asian that makes eating in Gwinnett different than just about anywhere in America, outside of San Francisco.

Despite the combined cultures, Korean dining has retained the unique qualities that feel special to those who grew up with it.

“It's one of the best cuisines that I have seen for family-style sharing,” says Michael Park, a Gwinnett resident of Korean-American descent. “The meal is a social event with lots of interaction and communication.”

This communal focus creates a meaningful cultural experience for those who’ve made their second home in the Atlanta area. Eating dinner means gathering friends and family and connecting over a common interest and shared background. Passing a dish and trading stories, chopsticks (or forks) in hand.

It’s become more than a food scene, though, it’s a movement, a melodic shift that’s shaping the very nature of Southern culture.

Joe Kwon of the folk group, The Avett Brothers, is one native South Korean who has made the Southern United States his home. In a feature by Garden & Gun, Kwon talks about his love of Korean food and the community that surrounds it.

“I never knew that other Koreans ate fried chicken,” Kwon shares. “I always thought that my family ate it because we’re Southern.”

This composition of Seoul and soul has also attracted revered food critics like Christiane Lauterbach and national publications such as USA Today to Gwinnett’s burgeoning food scene. It’s become more than a food scene, though, it’s a movement, a melodic shift that’s shaping the very nature of Southern culture.

“Simply, it's just seeing two cultures start to understand and appreciate one another,” Kim says about the connection between the Southern and Korean cultures. “Cuisine is just the starting point for what I hope will be better cultural understanding and more open dialogue.” 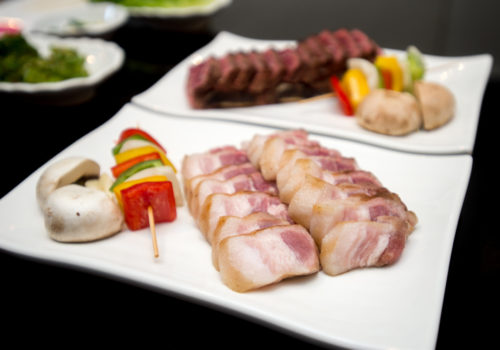