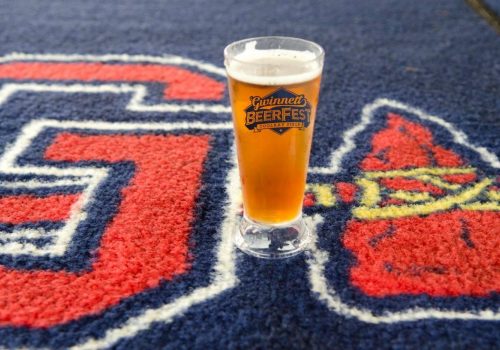 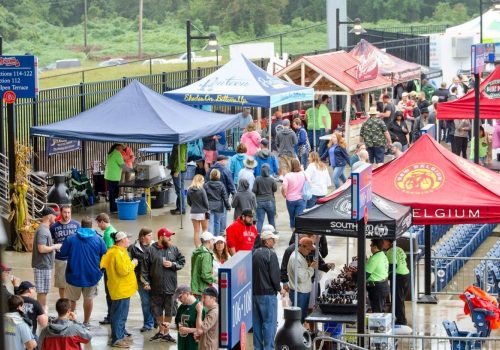 ​Why You Can’t Miss the Second Annual Gwinnett Beer Fest

The Second Annual Gwinnett Beer Fest takes place Saturday, June 4 at Coolray Field. So, the question is, do you have your tickets yet?!

After this insider scoop from the hosts of the Beer Fest, we’re sure you’ll be heading over to buy your tickets.

What can beer fest-goers expect to be different during the second annual Gwinnett Beer Fest?
Last year was our first year so we didn’t really know what to expect, but the event was AWESOME! We heard so many amazing reviews from attendees and we’re really excited to have the opportunity to do this at Coolray Field again. Festival-goers can expect a lot of the same fun stuff as last year, plus more! General Admission is $40 through midnight on May 13th, $45 starting May 14th and $50 at the door, if available. General Admission includes:

Attendees are mostly coming for the beer, but what else will be happening during the Beer Fest (live music, food, etc.)?
Outside of all the great things I just mentioned, this year a portion of event proceeds are benefitting local nonprofit, Little Kings & Queens. Little Kings & Queens is a new organization that is dedicated to helping fund scholarships for students overcoming unique hardships; as well as raising funds and goods for food banks such as North Gwinnett Co-Op. Through our events, to date, we have been able to give back over $50,000 to local nonprofit organizations!

Any new breweries you all are particularly excited about this year?
We don’t have the exact brewery lineup yet, but will definitely have a huge turnout of local breweries which is exciting because it gives people literal face-time with the brewers behind their favorite beers!

To give a bit of a historical perspective…

Gwinnett Beer Fest is brought to you by the same organizers behind Suwanee Beer Fest. In 2015, once we reached maximum capacity at Suwanee Town Center Park we decided that rather than compromising the integrity of Suwanee Beer Fest by moving it to a different and larger venue, that we would simply offer a second festival to local craft beer lovers in the area. From there, Gwinnett Beer Fest at Coolray Field was born! The goals and purpose of Gwinnett Beer Fest mirror those of Suwanee Beer Fest in that the purpose is to educate consumers, give back to local charities, and to bring awareness to and opportunities for businesses within the community…but to do so in a larger venue and in an even bigger way. In its first year, Gwinnett Beer Fest proved that it is going to be as much of a community draw as Suwanee Beer Fest has been, if not more. The feedback from the community and from patrons has been outstanding. Through our events we have been able to educate people about the wide variety of craft beers available in the market, give local businesses a chance to be involved with the community, offer local breweries a chance to interact with and communicate with their consumers, to give back to local nonprofits through the proceeds and to shine light on the unique social and economic opportunities that are emerging in Gwinnett County.

We'll definitely have a huge turnout of local breweries which is exciting because it gives people face-time with the brewers.

Why should folks partake in the VIP experience?

The VIP Experience is $110 and includes everything in General Admission plus a lot of other awesome perks, including: one-hour early entry to the festival at noon; exclusively-brewed and hard-to-find beers to taste; a delicious catered food spread; 2nd level stadium access to the party decks and air-conditioned suites; free, designated parking; private restrooms, and a free Gwinnett Beer Fest t-shirt!

Get your tickets now!
Print This

Where to Find Craft Beer in Gwinnett