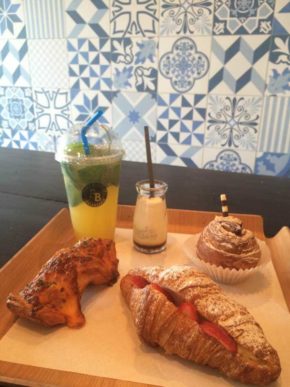 As of 2015, the chain had over 3,175 retail stores in Korea and 50 stores in the United States. Paris Baguette entered Georgia with its first offering on Buford Highway several years ago, but the new Duluth location will serve as its flagship store and promises to boast a larger menu with plenty of seating.

The Duluth and Suwanee areas have close to 20 Korean bakeries and cafes. The wildly popular Korean bakeries are known for their refreshing assortment of fruit and coffee drinks as well as for their many different pastries and baked goods. Here you will find everything from decorative cakes to macaroons, which resemble items found in a traditional French bakery, but most items also feature Asian flavors fused with Western baking techniques. 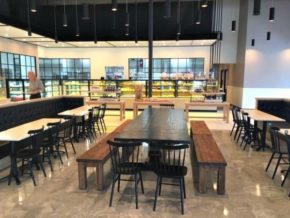 There are also uniquely Asian desserts such as pot bingsu, a shaved ice dessert layered with fruit and sweet red bean topping. Special menu items to try include the hot dog pastry for the adventurous eater, fresh custard buns and sampling many of the different slices of flavorful cakes. If you've got a sweet tooth or are just in the mood to try something new after a great meal, be sure to check out Paris Baguette!

Spend a Day in Korea... in Gwinnett