Whether you’re just waking up or ready to kick off cocktail hour, let this definitive list be your guide.

A meat- and seafood-centric spot with a sleek, rustic-modern interior, Parkside District swiftly upped the ante in Lawrenceville when it opened in 2017. The Creole-Southern bent of its dinner menu carries over to brunch, with an abundant roster ranging from andouille-laced gulf shrimp and grits to a country-fried pork tenderloin biscuit draped with chicken sausage gravy. Opt for the Cajun corn maque choux as your side, and pop for a cocktail—the drinkshere are the best in town. 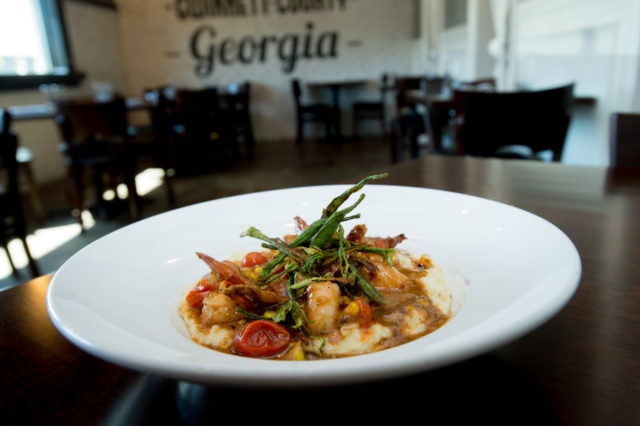 The fried chicken biscuit is the starting point for many of the menu items at Maple Street Biscuit Company in downtown Duluth’s Parsons Alley shopping district. To be sure, these are not your average breakfast stackers. Laden with everything from fried goat cheese and housemade pepper jelly to buffalo sauce and gooey cheddar cheese, these hulking beauties require fork and knife. So settle in at one of the communal tables that fill the bright, wood-clad space, and stay awhile. For something sweet, try the divine Biscuit Frenche, studded with pecans and cinnamon chips and topped with strawberries and whipped cream. 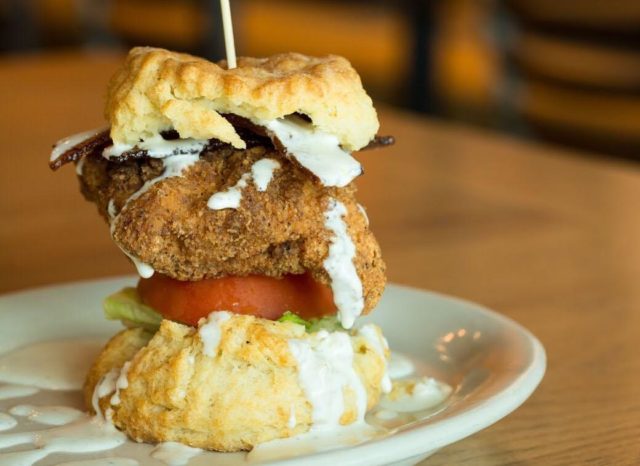 The Brunch Apothecary isn’t just a clever name. It’s a nod to the building’s roots—a Dacula doctor’s home and office, built in 1905. In 2016, Buford restaurateur Rico Cunnington converted the space into this cozy restaurant, which turns out inventive plates like chicken and churros waffles and an avocado hollandaise–draped pork belly Benedict shored up by toasted slices of cornbread. Feeling fruity? Try the grapefruit brûlée—you’ll shatter a glassy sugar crust to reach the refreshing, juicy pulp. 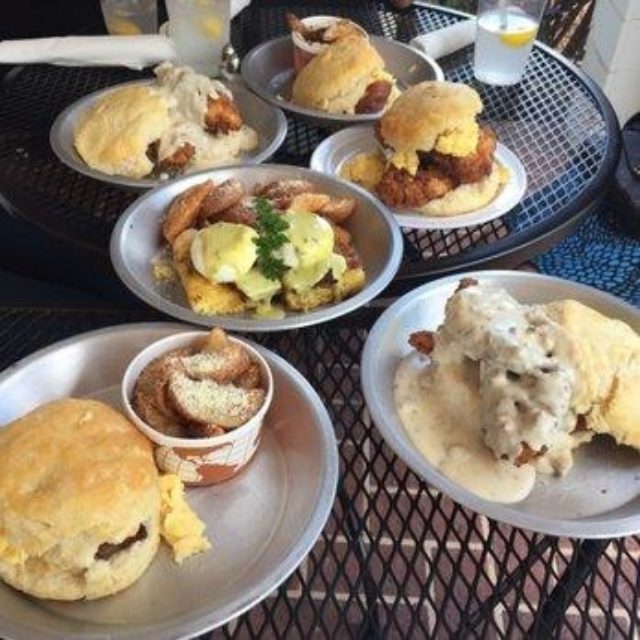 Hair of the Dog

If you ever have a morning that coffee alone can’t conquer, head to Three Blind Mice in Lilburn and soothe your wounds with bottomless mimosas, spicy bloody marys, and homegrown specialties like the Southern Cold Press—a marriage of bourbon, espresso liqueur, and sweet vermouth. If that doesn’t set you straight, the roasted toffee French toast and huevos rancheros should do the trick. Keep an eye on the restaurant’s Facebook page so you don’t miss the popular jazz guitar brunch. The brunch menu includes treasured standbys made exclusively from local ingredients, while coffee, cocktails, and a well-curated list of wine and local beer is served from an eye-catching copper bar. Kick things off with seasonally dressed deviled eggs and house-made pickled vegetables and declare Sunday afternoon the new Saturday night. 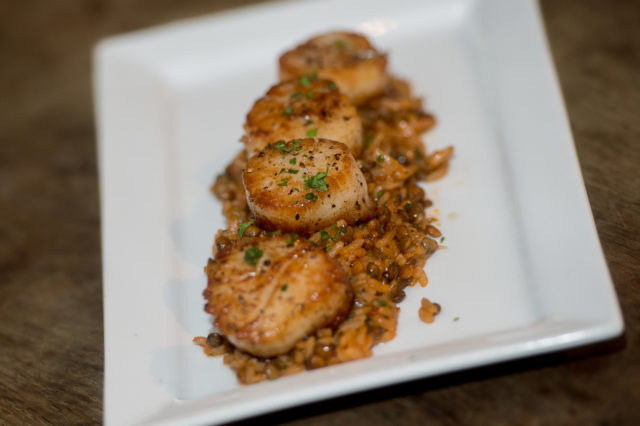 The distinctive Sugar Hill Bakery & Cafe in Sugar Hill makes going out for brunch feel like stepping into a storybook. Open the doors of a wardrobe and enter a fantastical, French-country paradise chockablock with antique paintings, birdhouses, assorted Victoriana,and the occasional oversized stuffed animal sitting on a stool. A concise, French-focused menu spans crème brûlée French toast to croque madame. Save room for dessert—the lengthy list of home-made confections ranges from Oreo cheesecake bars to 12 varieties of picture-perfect cupcakes. 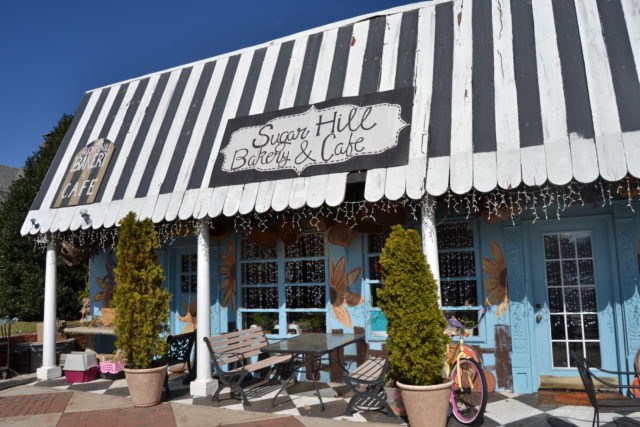 45 South Cafe’s brick walls are adorned by works from local artists and photographers. Once the city’s first post office, this charming brickstore front in downtown Norcross now houses the city’s only coffeehouse wine bar. Breakfast is available daily, but the Sunday brunch—with enticing menu additions like overstuffed omelets and Challah French toast—is worth seeking out. Start with New Orleans-style beignets, and don’t leave without trying the creamy Gouda grits. 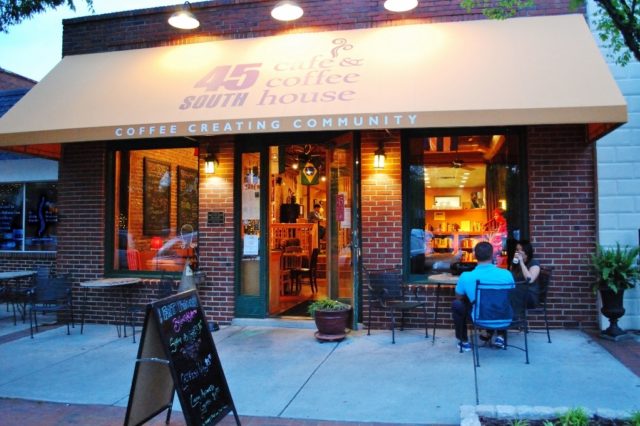 Though this small franchise started in North Carolina, sisters Carisse and Ebony Moody make Famous Toastery feel like home in Suwanee. If your brunch crew brings varying tastes, the expansive menu delivers, running the gamut from five types of Benedict to flapjacks, burritos, breakfast sandwiches, and a long list of omelets. Specials unique to this location include peaches-and-cream crepes, S’mores waffles, and the Georgia Dawg Bowl. Bounding with potatoes, onions, peppers, gravy, eggs, pepper jack, and chorizo, it’s proper fuel for a college athlete—or anyone who wakes up ravenous. 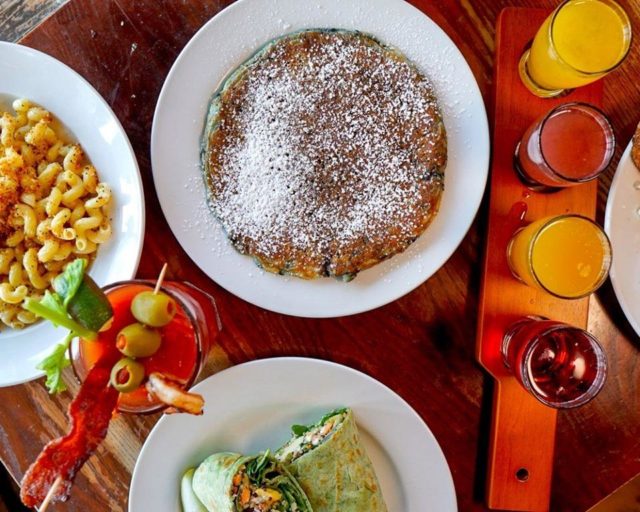 Regulars know Local Republic for its elevated pub grub, excellent cache of craft beer, and vast bourbon selection. But come Sunday, bloody marys and bottomless mimosas flow, and brunch takes the stage. Fans of the restaurant’s Monday Southern Fried Chicken night will revel in the chicken and waffles while the Halloumi Breakfast Bowl will make you a believer in ancient grains and grill-able cheese.Located a stone’s throw from the Gwinnett County courthouse in downtown Lawrenceville, LR’s chic,new two-story location in a renovated historic building fills up fast. Secure your seat and start with a cocktail like the chicory and fig-tinged Nightman. 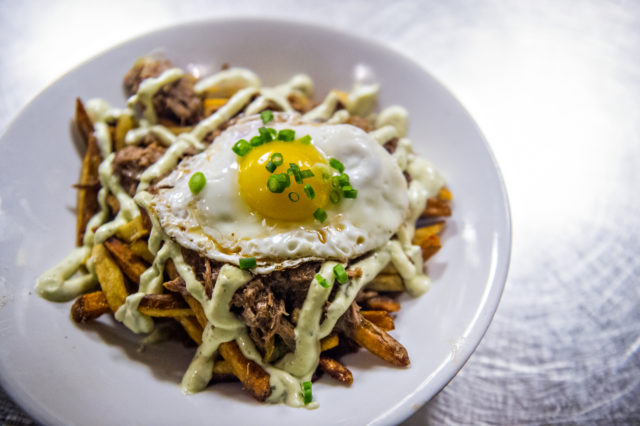 Many a wellness-minded metro Atlantan has made First Watch a weekly—if not daily—ritual. With a location in Peachtree Corners Town Center , you don’t have to go out of your way to find fresh breakfast fare loaded with fruits,vegetables, and healthy grains. Sure you could go for the requisite açai bowl or avocado toast, but consider treating yourself to the Mediterranean baked eggs—sunny side up in ashakshuka-style tomato sauce—or the protein-packed burrito with chicken, quinoa, black beans, and kale.Wash it down with a fresh-squeezed Morning Meditation, a delightful blend of orange, lemon, turmeric, ginger, and beet juice that will enable you to slay the day. 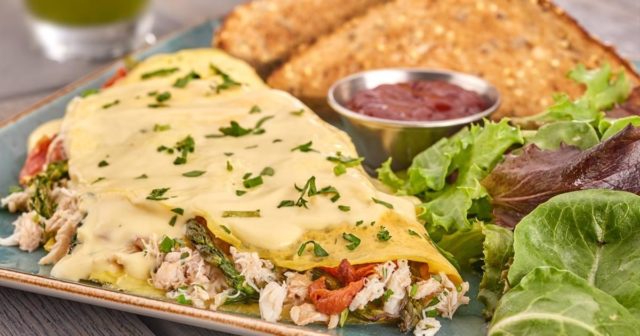 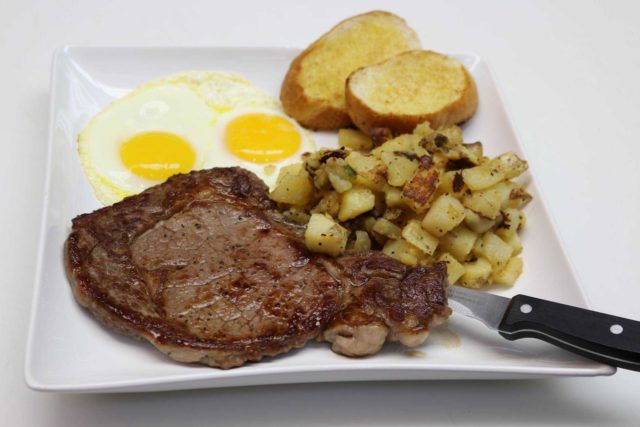 With locations at Town Center in Peachtree Corners and on Satellite Boulevard in Duluth, Marlow’s Tavern offers the blessed union of fine food and big screen TVs—an unparalleled duo during certain seasons of the year. Hungry? Start with a platter of fresh biscuits with maple-bacon butter and apricot preserves. Chicken and waffles and lemon ricotta pancakes are menu mainstays, while a rotating chef’s feature and daily scramble are eternally changing. If you’re a bloody mary person, don’t miss Marlow’s BLT version—bacon-infused vodka melded with thyme- and caraway-spiced tomato juice. 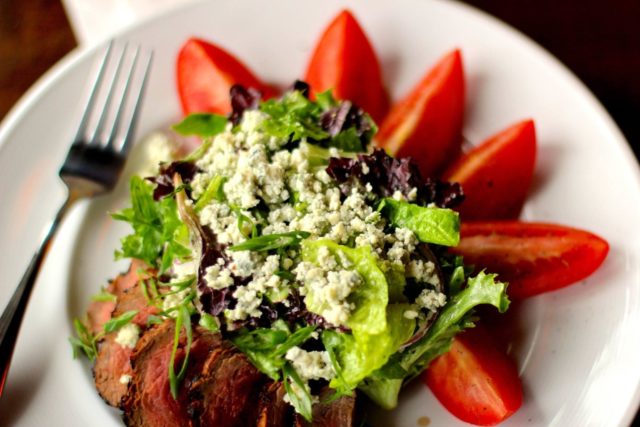 Spend a Day In Norcross