Gwinnett-filmed Productions to Binge at Home

You may be surprised to find that Gwinnett serves as the location for countless popular (and excellent) movies and shows.

We have a few suggestions for you to add to your streaming queue. And the cool thing is, they all have scenes that were filmed in Gwinnett.

Currently in post-production, this McG-helmed rom-com starts Emma Roberts and Luke Bracey as two twenty-somethings who agree to be each others plus ones for each holiday celebration over the course of one year. Holidate made its studio home at OFS movie studios, with extensive location filming in Berkeley Lake, as well as Gwinnett Place Mall, Sprouts in Peachtree Corners and Norcross. 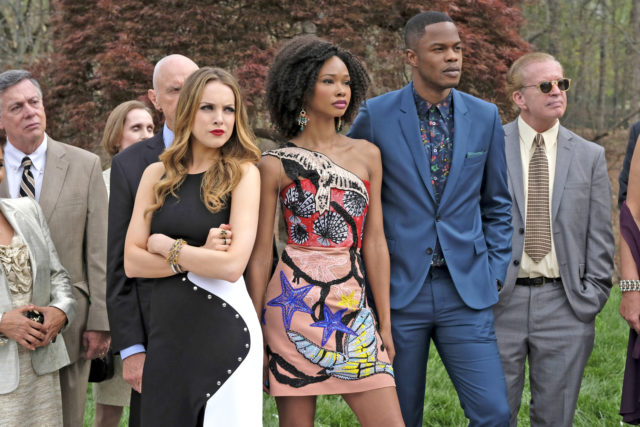 This Sci-Fi hit is a can't miss. One of the most notable locations from season 3 is Starcourt Mall, which is actually Gwinnett Place Mall in Duluth.

The superhero genre has found its home in Gwinnett as well. DC Comics’ ‘Doom Patrol,’ follows the unlikely heroes of the eponymous team who all received their powers through tragic circumstances and are generally shunned by society. Doom Patrol filmed extensively in downtown Lawrenceville. Eagle-eyed viewers may recognize Fleet Feet, 550 Trackside, the Gwinnett Historic Courthouse and various other downtown locations. Season two premieres in 2020 on both DC Universe and HBO Max. 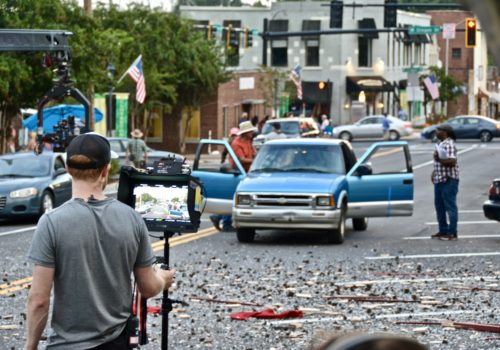 Added to Netflix in 2020, this Jenji Kohan (Orange is the New Black, Glow) comedy involves two fraternal teen twin sisters Sterlin and Blair who team up with a veteran bounty hunter to chase "bail skipping baddies while still navigating the high stakes of teenage love". Gwinnett locations featured in season one include downtown Norcross, Gwinnett County Public Library in Peachtree Corners and TPC Sugarloaf, but be on the lookout for other popular metro Atlanta hangouts.

If you think the ice rink in this 2017-Academy Award winning black comedy looks familiar, you aren’t wrong. Filmed at the Infinite Energy Arena, Australian actress Margot Robbie who won an Academy Award for her spot-on performance as ice skater Tonya Harding. Other Gwinnett locations include OFS, Green Tomato Café in Lawrenceville and Gwinnett Place Mall.

This NAACP award-winning series detailed the drama and intrigue of the Greenleaf family, who ran the sprawling Memphis megachurch Calvary Fellowship World Ministries. On the surface, they were a tight night and loving clan, yet their five-season run showcased their scandalous secrets and lies. Gwinnett filming locations for the final season include Beauty Master at Gwinnett Place Mall, the old Netherworld building, Atlanta Coliseum, Thrasher Park in downtown Norcross, Echo Lakeside in Peachtree Corners and FUMI Hibachi and Sushi.

If you're into the film industry, read our interview with location manager David Luse to learn how various film backdrops are chosen.

Check out the Georgia Film Office free Zoom backgrounds, displaying scenes from some of the industry’s most iconic Georgia productions.

Girls Night Out in Gwinnett