Coronavirus certainly slowed us down but there's no stopping the development boom happening right now in Gwinnett. Get excited and check out our list of what's coming down the pipeline.

The Mall of Georgia area has seen a lot of dirt moving lately. A new development called The Exchange at Gwinnett promises Gwinnett's first Topgolf location. Topgolf lets customers of all ages play games of golf from elevated outdoor bays with the idea being that players earn points by hitting balls onto targets laid out on a fairway in front of them. Want another reason to get excited? Andretti Racing shuttered their Roswell location in order to open a new location on 13 acres at The Exchange at Gwinnett in Buford. Rumors are swirling that the development will possibly include a brewpub or food hall, but that has not been confirmed.

At the intersection of I-85 and Buford Drive, Atlanta Falcons receiver, Julio Jones, and development partners have embarked on a massive mixed-use venture called Ariston. The Ariston development promises new restaurants, retailers, residential and even a new Hilton hotel property. This development will also connect to the popular Ivy Creek walking and biking trail that extends up to Gwinnett Environmental & Heritage Center.

Openings should begin in late 2021. 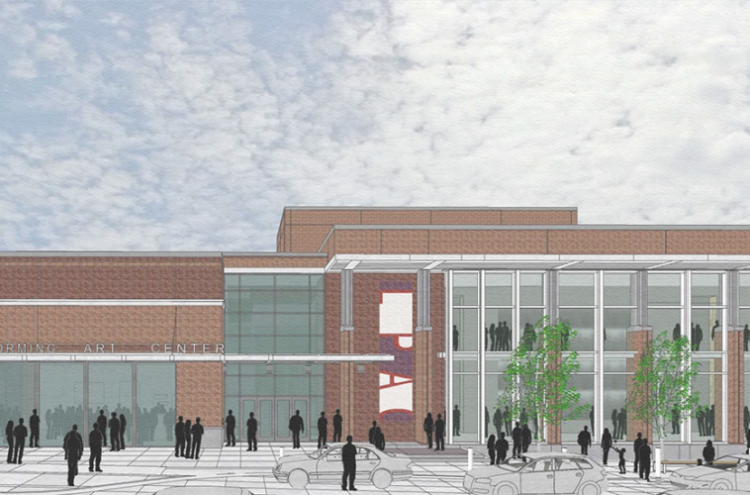 If you haven't visited downtown Lawrenceville lately, then you'll be shocked when you do. Thanks to a public-private partnership with the City of Lawrenceville, the beginnings of the Lawrenceville Performing Arts Center (and soon-to-be home of Aurora Theatre) has sprung up and taken over an entire block. The new theatre will hold 500 in the main theater and boasts over 56,000 square feet. Just around the corner, The Lawrence, Gwinnett's first Hilton Tapestry Collection hotel, has broken ground adjacent to a new parking deck that is being erected. The Lawrence is named for Lawrenceville's namesake, Capt. James Lawrence and will open in 2021. The parking deck will open soon. Lawrenceville also welcomed an expansive new brewery, Ironshield Brewing, in July 2020 and a new distillery, Third Rail Distillery, will open at a later date.

City of Peachtree Corners literally bridged their new-ish Town Center development with the shopping destination The Forum on Peachtree Parkway via a new pedestrian bridge. The bridge hovers over Peachtree Parkway (141) and allows residents and visitors to easily travel between the two destinations. Opened late 2020.

You might have noticed some construction at one of Gwinnett's largest hotel properties in Norcross.  A $20 million renovation is underway at 6050 Peachtree Industrial Blvd (formerly the Garden Plaza). This site will soon be the home to Gwinnett's only Crowne Plaza hotel and the first full-service hotel in the City of Norcross. 235 rooms are planned and unique amenities like aromatherapy kits, premium bedding and Quiet Zones will be offered.

Infinite Energy Center is in the midst of several new and exciting developments. In addition to the parking decks that officially opened earlier this year, a 348-room Westin hotel has broken ground. Check out this live video of the work happening currently at IEC. Expansion of the Forum (convention center) and theater expansion will also begin soon.

It was just announced that City of Sugar Hill officials will embark on a new outdoor project called Gold Mine Park. The park, in its bid phase currently, will include over a 16 mile trail on over 9 acres. The trail will circle the city and pass one of the city's old gold mines.

Post by Victoria HawkinsVictoria, a native Gwinnettian, loves discovering new restaurants and things to do locally. Every weekend she re-energizes by spending time with her 2 sons and husband. When she's not enjoying a margarita on someone's patio you can find her at an outdoor festival or shopping locally for vintage items.

'Tis the Season For All Things Scary