Brunch is the best, because some of us aren't up in time for breakfast.

"You're about to be in heaven."

I overheard a waitress say this to another table at Brunch Apothecary. I was well into my meal, and wanted to shout, "I second that!" I restrained myself.

Near the corner of Dacula and Fence Road, you'll see a picturesque white house with a big metal chicken in the front. If you roll your windows down as you get close, you'll get a waft of the unmistakable smell of bacon.

This sweet little house across from a field of horses (of course) is Brunch Apothecary. The restaurant has been opened for about a year, and is brought to you by the same folks who are serving up amazing dishes at Rico's World Kitchen in Buford. If you've been to Rico's, you already know that the meals at this new brunch spot will be delicious. 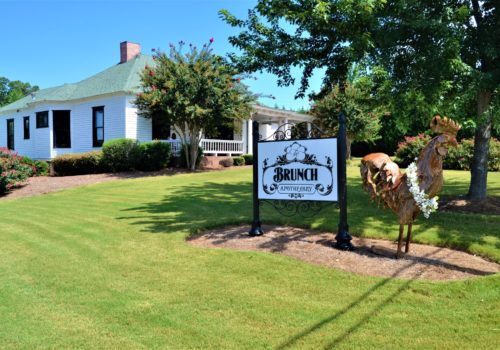 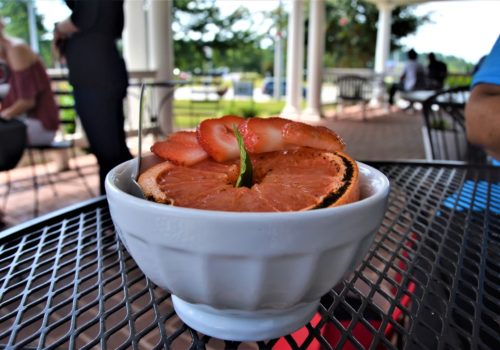 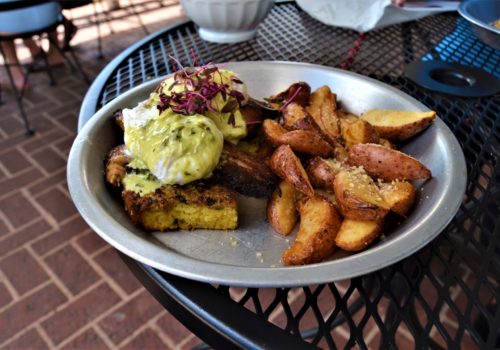 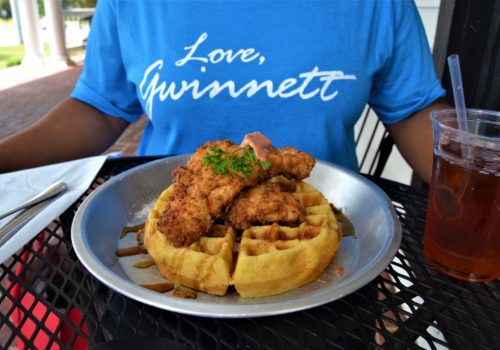 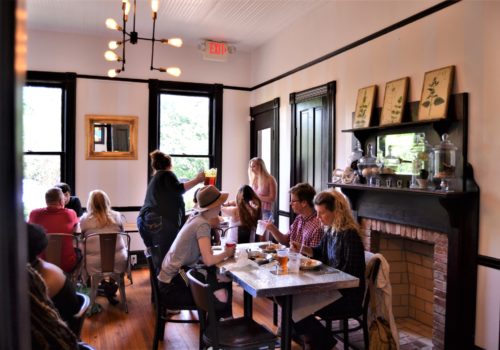 If you haven't been to Rico's, I'll tell you about what I ate. The waitress explained the specials to us, which included fish and grits, as well as the daily biscuit casserole. The chef picks a variety of ingredients and garnishes to put in the casserole everyday, and today's special included mushrooms, peppers and a pork tenderloin.

All sounded tempting, but I wanted to try something they're known for. The staff said that the chicken and waffles are a staple. The pork belly benedict is also a huge hit. Thankfully I was with a coworker, so I got to try both.

Hands down, best chicken and waffles I've had. The waffle is a cinnamon sugar churro waffle, so it was certainly different than others I've tried. The breading on the chicken was perfectly seasoned and crispy. Together with a bit of syrup, this dish really came together.

I'm always a fan of pork belly, but I hadn't had it as a benedict before this meal. The pork belly itself was expertly cooked. It was served with poblano corn pudding, poached eggs and an avocado hollandaise. I'd highly recommend it.

I noticed that the menu lists grapefruit brulee as an option, so out of curiosity I ordered it. The chef dips half a grapefruit into sugar and then melts the sugar to give it a crispy top, just like creme brulee. It was very refreshing—I'd actually recommend getting it for dessert.

Next time you're craving brunch, I urge you to make the trip to Brunch Apothecary. You won't regret it.

Self-proclaimed foodie and adventurer, Jessica loves to explore Gwinnett and all the great dining, shopping, activities and events the area has to offer. When she's not telling you guys what dishes to try or where to be, she's reading, spending time outdoors or catching up on the latest Netflix original series (who else loved Stranger Things??). She's got an Australian Shepherd that's basically her child and a husband, who always comes second to the dog (sorry, not sorry).

50 FREE (or almost free) things to do in Gwinnett

Cocktails to Craft at Home

Have You Been to Sugar Hill Bakery & Cafe?