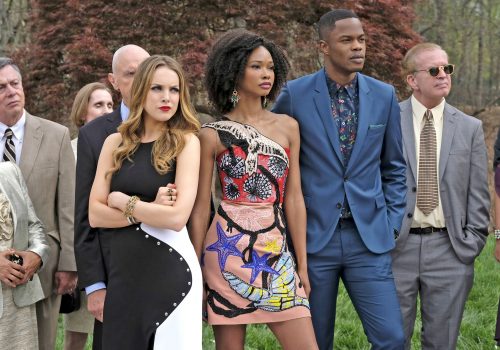 Cinestage Atlanta, a film studio designed with independent filmmakers in mind, opened its doors in Peachtree Corners in December 2017. The 10,000-square-foot facility boasts a 40-by-40-foot lighting grid, a huge green screen, acoustic sound paneling, and an on-site mill for building sets. It has already been used by such clients as Bed Head Media, 3rd Leg Productions, and Afterlight Pictures, as well as for the IFC Network sitcom Brockmire and fan films Star Trek: First Frontier and Star Wars: Sakoru.

And although Cinestage Atlanta maybe be the newest studio on Gwinnett’s block, it’s certainly not the largest. Eagle Rock Studios Atlanta, opened in 2015, holds that title. The studio has locations in Norcross and Stone Mountain; the Norcross site is located in the former Kraft warehouse space, home to Eagle Rock’s beer distribution center. Today, it is the country’s largest production studio under one roof, with 465,000 square feet of space, four 30,000- square-foot stages, production offices, and more.

Just a few blocks away is another massive movie studio campus, OFS. Owned by the Japanese Furukawa Co., the fiber optics company opened its doors to studios in 2012. It boasts two buildings, the largest of which is 280,000 square feet. “We’re an ideal niche for tentpole films,” says Mike Reams, interim studio manager. By that he means big-budget films that use a lot of special effects and bluescreen work and need to build multiple sets under one roof. The studio has been the shooting location for a number of Hollywood blockbusters, including Black Panther, Fast and Furious 7, American Made, and portions of The Hunger Games.

It’s really no surprise that these studios have found a home in Gwinnett. For the last several years, the county’s reputation as a go-to locale for filming has been on the rise, with major movie and television productions pumping millions of dollars into the economy (Atlanta, Ozark, The Originals, Baby Driver, and I, Tonya, just to name a few). The Gwinnett Camera Ready Film Office has expedited the process of filming within the county, facilitating permits, providing assistance to location managers, and offering assistance with resources, public safety, and accommodations, among other services.

Making Gwinnett even more inviting is the fact that the area is replete with incredible settings for film backdrops, such as Stone Mountain, the Gwinnett County Detention Center, and Vines Botanical Gardens, among others. And because the costs associated with filming are less than even nearby Atlanta—which also has exploded thanks to Georgia’s Film, Television, and Digital Entertainment tax credit—working in Gwinnett is simply more economical. Add that to an experienced workforce and programs like the Georgia Film Academy, and Gwinnett County has transformed itself into a major player, bringing Hollywood right into the neighborhood.

Abby Wilkerson, public information officer for the City of Suwanee, saw an opportunity and knew she had to take it. Film crews had arrived in town to begin filming the reboot of CBS’s 1980s television phenomenon Dynasty, and Wilkerson was tasked with coordinating their work in city parks and buildings. When the crews landed at City Hall to shoot scenes, she took action.

“My interactions with scouts, directors, and managers emboldened me to ask if I could be a background extra,” Wilkerson says. She soon found herself on set, performing a brief scene with a main character in which she nods and “looks very concerned about budget issues.” While she shot the scene 250 times over four hours, the actual on-air time was less than a minute. But she wouldn’t trade the experience for anything. “Everyone has one very specific job to do, and they are absolutely amazing at that one very specific thing,” she says.

While she doesn’t have plans to pursue a career as an extra, one thing might change her mind. “The television pilot for The Passage, one of my all-time favorite trilogies, is filming in Atlanta and starring Mark-Paul Gosselar, so I would certainly come out of retirement for an opportunity with them,” she says. In the meantime, she’s happy to send screen shots of her Dynasty scene to family and friends and offer advice to those wanting to get their own shot at screen time.

The impressive list of productions filmed in Gwinnett County continues to grow, so be on the lookout for some of your favorite local spots while watching. Here are a few to get you started. 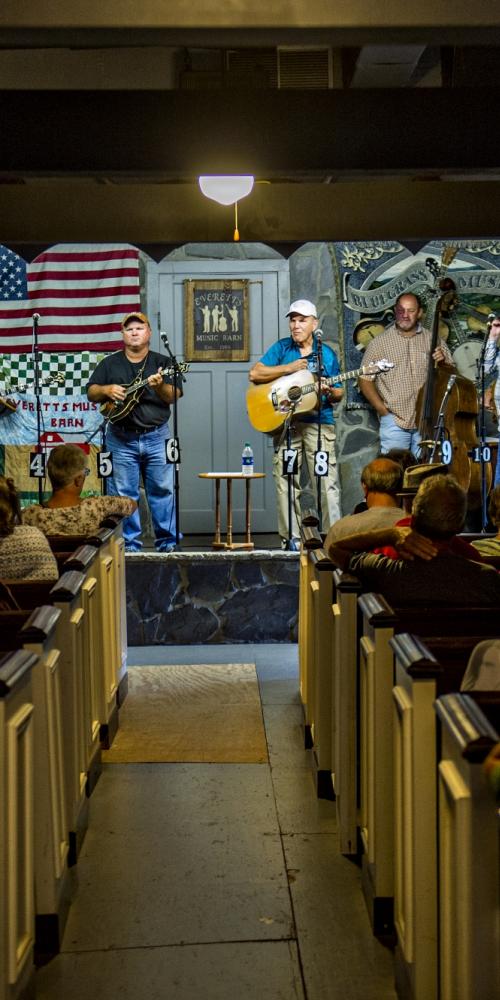