How movies and TV shows end up in your backyard

It is so exciting when a Hollywood production comes to your neighborhood. It feels glamorous, with famous actors and directors popping up around the area and fans lining the streets to watch the action. And seeing your favorite community spots appear on the screen is exhilarating. But have you ever wondered how the various locations in your neighborhood were chosen to serve as the backdrop of a highly anticipated feature film or a popular television show?

While the director’s vision is the one that comes to life on screen, it’s the location department that helps bring that vision to fruition. “Location managing in the film business is the art of merging a fictional world into the real world,” says David Luse, a location manager who has worked on such films as Triple Nine, Ride Along 2, Barbershop 3, and The Founder, as well as television shows like Sleepy Hollow—all of which have been filmed in locations throughout metro Atlanta, including Gwinnett County. “We take a microcosm in society and turn it into a film set. Our job as location managers is to see this happen smoothly.”

According to Luse, the location department is the first one put in place for a film production. There are several members of the department, and, while the roles can overlap, each person has specific responsibilities. The location manager is at the top of the hierarchy, creating budgets, hiring crew members, finding and securing film locations, and communicating with other departments.

The key assistant location manager “is essentially the location manager’s right hand,” Luse says, explaining that this individual handles the day-to-day operations on set. Then there’s the location scout, who is the most familiar crew member to the public because he or she typically is out in the field securing filming sites—from local buildings to people’s homes.

“The location scout has the unique position of breaking the ice,” he says. “It can be a challenging role because not everyone is trusting, and many times, the location scout will be ‘cold scouting,’ which means knocking on a resident’s door unannounced with a camera and giving their spiel in hopes to photograph the inside of their home.” 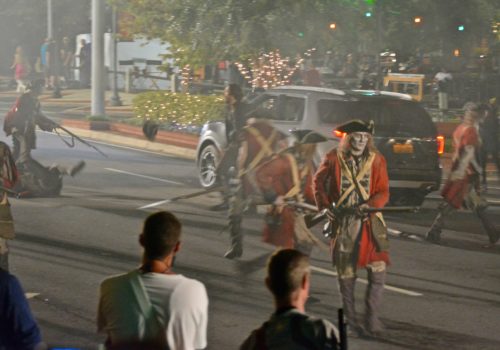 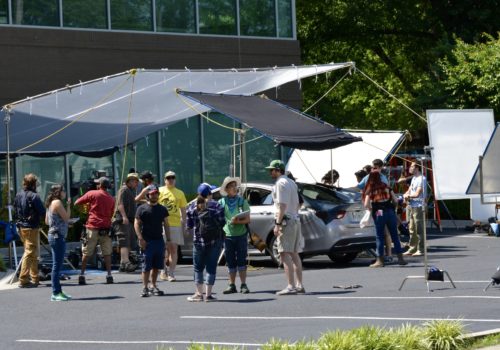 The common goal throughout the location department is to identify places that can be used for filming. “During the early prep stage, every able-bodied person in the department, sans the coordinator, is finding and photographing locations,” Luse says. First, the team receives the script and studies it to understand the types of locations needed. The general search area in which they work depends on the address of the production office, as union rules state that filming locations have to stay within a 30-mile radius, and moving outside of that range can be costly.

For Luse, who has worked as everything from a location scout to a location manager, this is when things get interesting. Having grown up in Georgia, he has keen insight into locations throughout the state that are available for filming. Once he knows what he needs to find, and before he hits the street to begin to scout, he often uses Google Maps’ 3-D Earth View feature, which allows him to see location exteriors from all angles. “It’s a great tool if you want to plan out your day efficiently,” he says.

Then, it’s a matter of driving to the various locations, photographing them, and presenting the options to the production designer, who collaborates with the director to come to a final decision. Once locations are selected and permission is received to use those sites, then the next phases get underway. When filming begins, the location department handles the logistics of the shoot, managing everything from arranging for traffic flow and ensuring a quiet set (including stopping local construction projects when necessary) to creating video villages for the creative team.

“If one were to ask me what a normal day for me would be, I would say, ‘It is never normal.’ Something new happens every day, and it is rarely easy. Dependent on what stage we are in our filming schedule, I could be finding and photographing a location, securing logistics, supervising a set, returning a location back to normal, or returning various equipment we used throughout the show,” Luse says. “I enjoy it because, to me, different is refreshing, I learn something new every day. A day at the office can be in a dilapidated structure in a crime-ridden neighborhood one day and in a $30 million mansion the next.” 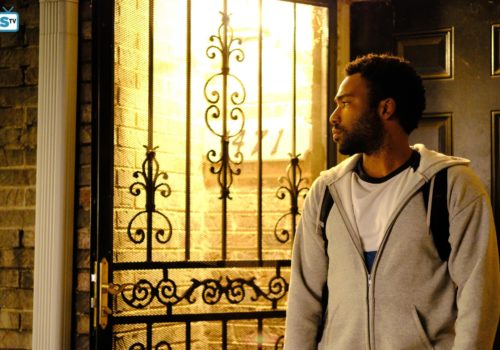 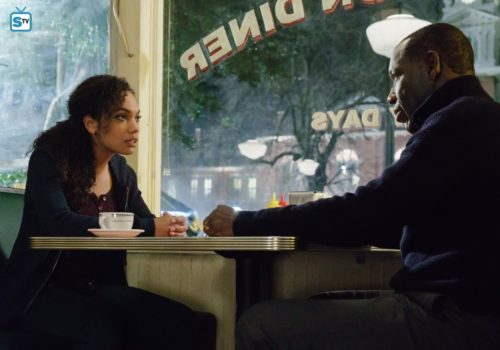 Gwinnett In The Movies

In recent years, Gwinnett County has surged in popularity as Atlanta’s film industry has grown. In fact, Atlanta is now number three in the nation behind Los Angeles and New York in film productions. And Gwinnett has become one of the most coveted counties for filming. In April 2015, it became home to Eagle Rock Studios Atlanta, the largest stage complex under one roof in the country, with 465,000 square feet of space, four 30,000-square-foot stages, two production offices, and more. With production offices available, Gwinnett has become a viable option for productions that have to work within the 30-mile parameter.

“Gwinnett is on the cusp. It’s one of the fastest-rising areas because people are discovering that there are such interesting locations,” says Luse, who has brought productions like the movies Blended (with Adam Sandler and Drew Barrymore) and Prisoners (with Hugh Jackman and Jake Gyllenhaal) to Gwinnett. For instance, in addition to the home Barrymore’s character lived in, scenes for Blended were shot in and around historic downtown Buford and Lawrenceville. According to Luse, the production even recreated an African village in a wooded area of Gwinnett for a family vacation scene. The movie Prisoners filmed in various locations around Stone Moun-tain, among other spots.

Luse finds Gwinnett County in general to be a great place to work. “I love working with Gwinnett,” he says. “The locations are film-friendly and easy to use. And Gwinnett does it right. You don’t have to jump through hoops like many other locations.” What’s more, Atlanta has become so popular that costs for sought-after locations have risen dramatically. Gwinnett offers a fresh—and more economical—group of sites, and location departments are taking notice. “Gwinnett is where Atlanta was a few years ago,” Luse adds. “There’s so much available, and that’s why people are going to Gwinnett.”

The burgeoning film industry generated more than $7 billion in revenue for the state of Georgia in 2016 alone. Luse is thrilled to see that kind of success, and he appreciates being part of it—including the opportunity to provide jobs for local residents and to support local businesses.

“I grew up in Atlanta, and I want to see it and the surrounding areas thrive,” he says. “We really are a powerhouse in the Southeast. I discover another facet of the state I love each day, and it enlightens me and gives me a well-rounded perspective on the human experience.” And Gwinnett County will continue to play a major role in that experience. As Luse concludes, “It is a joy to work with Gwinnett.”