Brews in the Night

It would hardly be “beer-say” to note that Gwinnett has a deep thirst for craft brews. You know that’s a true statement when you consider the ever-growing lineup of brewers, restaurants, bars, and festivals that focus so lovingly on suds. Let’s raise a mug, then, to these guys.

Craft beer destinations that are big on taste and fun

When the team behind Decatur’s venerated Brick Store Pub created the menu at this handsomely designed craft brewery and restaurant, they wanted something more ambitious than wings and burgers to go with their delicious pale ales, IPAs, blondes, and sours. So they looked to partner Todd DiMatteo’s Puerto Rican grandmother for inspiration. The result is a mashup of Puerto Rican and Southern flavors: tacos, empanadas, hangar steak with chimichuri sauce, Key lime pie, and flan. The resulting food pairings are treated with the same care and respect as the brews.

The liquid gold flowing out of this Lawrenceville craft brewery comes with a heaping dose of Southern charm. Peachin’ to the Choir is a blonde beer infused with Georgia’s most famous fruit. Cotillion is a blonde ale with the smooth sass of a Southern belle. Southernality is a session IPA synonymous with both hops and hospitality. Watch for game-day events and concerts that spill out of this converted 1910 trouser factory into the adjacent beer garden. Stop by for tours Thursday through Sunday, or take home a six-pack or 32-ounce “crowler” of your favorite juice anytime. 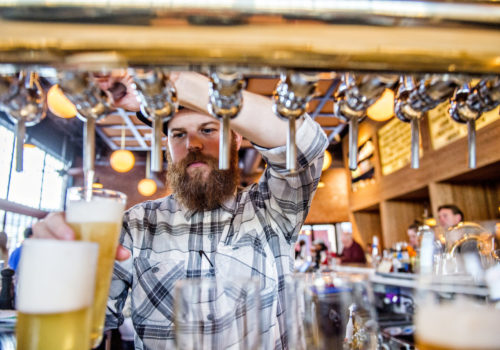 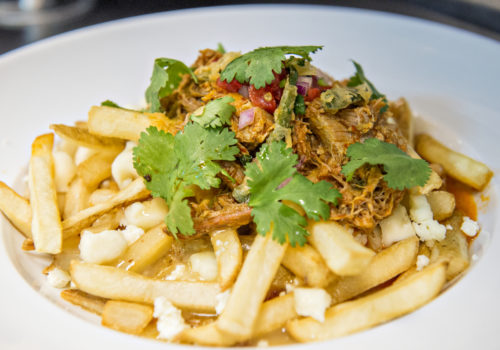 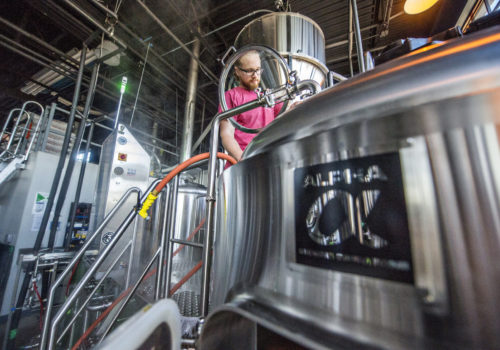 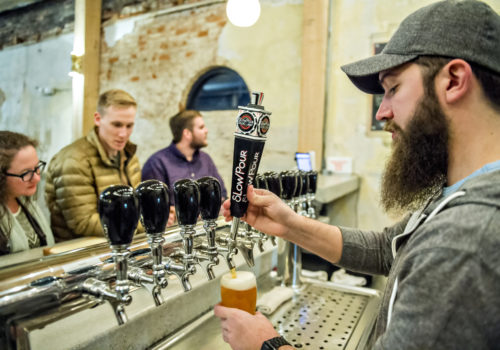 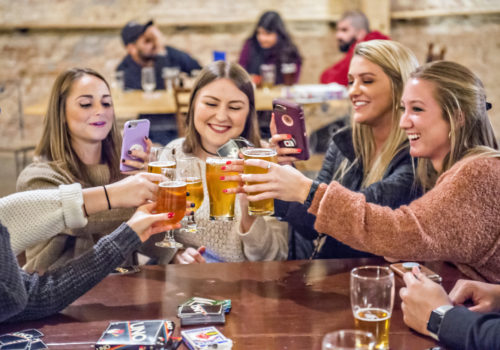 Food, Suds, or Both

Spots with good beer (and often the food to match).

Tannery Row Ale House
Housed in an old tanning factory in downtown Buford, this saloon is a swell spot for sipping brews and chowing down on porkrind nachos, shrimp and pimento cheese grits, and a full menu of burgers, sandwiches, wraps, and salads. On tap are brews from near (Terrapin, Creature Comforts, Sweetwater) and far (Belgium, Ireland, the Czech Republic).

1910 Public House
At this farm-to-foam restaurant in Lilburn, you’ll find more than two dozen craft brews on tap, including plenty of surprises. Sample the Old 41 oatmeal stout from Dry County Brewing in Kennesaw, Midnight SliverPecan Pie Nut Brown Ale from Pontoon Brewing in Sandy Springs, and Lappland Blonde from Left Nut Brewing in Gainesville. Wet your whistle then move on to the fried bird with green beans, and pimento mac and cheese.

Three Blind Mice
Lilburn’s favorite local spot is known for its great cocktails, bottomless mimosa brunches, and classic inflected menu offering everything from steak to scallops. All of the beer and wine options are available for retail purchase to take home.

Exhibit (A)le
Owner Jesse Hatchat is a lawyer with a sly sense of humor. That you can surmise from the name of his joint, which stocks some 30 craft beers for the growler-filling crowd. The beer docket changes frequently, but rest assured, you can find all types of light, dark, hoppy, malty, and exotic offerings to take home and hold court with family and friends.

Artbar
Tucked inside the Sonesta Gwinnett Place hotel is a stylish lair with a solid selection of draft and bottle beers, craft cocktails and an impressive whiskey list. Nosh on deviled eggs with truffle salt, yakatori, oysters, killer burgers, and other dandy eats.

Restaurant 475
Located in the Marriott Atlanta Peachtree Corners hotel, this spot offers a Southerninspired menu with dishes highlighting local ingredients. You can’t go wrong with fried shrimp po’ boys, grouper sandwiches, and crispy calamari, especially when washed down with a selection from the solid and varied beer menu. 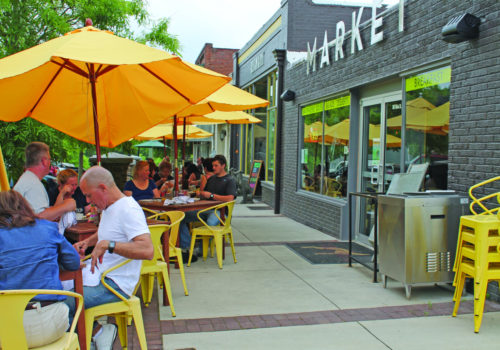 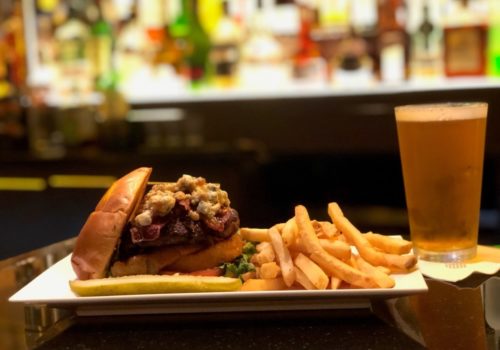 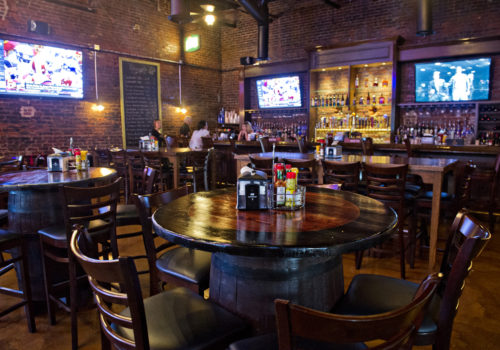 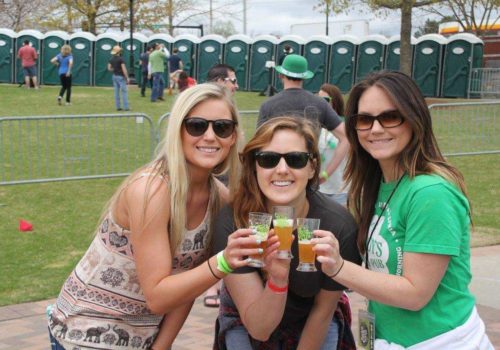 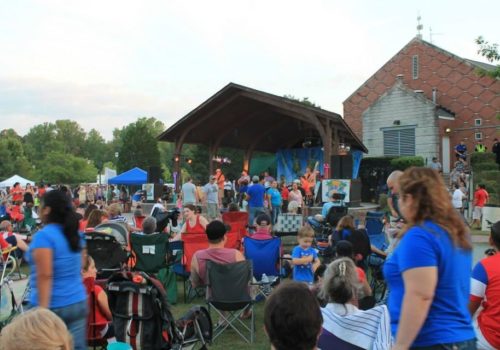 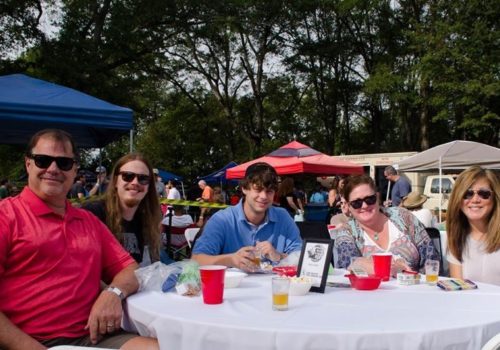