Edgar loudermilk’s voice rises high and lonesome, soaring above the guitar, Dobro, banjo, and his own stand-up bass that collectively chime a traditional melody behind him. Two other voices join in with a sweet mountain harmony that is almost comforting in its tranquil power. Loudermilk and his five-piece band are set up in an empty room in an old two-bedroom frame house in Suwanee on a rainy February night, preparing for that evening’s concert next door at Everett’s Music Barn, where bluegrass fans have faithfully gathered every Saturday night for more than 48 years.

In two other rooms of the house, there are bluegrass jam sessions going on with musicians young and old, male and female. Many of these folks will never step foot inside the Music Barn to hear tonight’s show; they came to pick and grin or to test out their chops. Both Loudermilk and his guitarist, Jeff Autry, grew up playing in these rooms. “I’ve been coming here 30 years, since I E was a kid,” Loudermilk says, standing in the kitchen after his pre-concert rehearsal. “If you’re a bluegrass player, you’ve probably been in this house.”

If you’re a bluegrass player, you’ve probably been in this house.

Autry, who has performed with such bluegrass stars as Sam Bush, the John Cowan Band, and Vassar Clements, grew up in Decatur and began his career playing in this very house. His father was a bassist with the Everett Brothers, the Music Barn’s house band, for 40 years and began bringing his son to the Everett family home before he was big enough to hold a guitar.

At first, Autry resented being forced to go listen to his father’s music. But once he got a guitar at the age of 10, he couldn’t get enough of it. “We’d come here and play until we couldn’t play any longer, and then sit here in the kitchen around this very table and talk and drink coffee,” Autry says. “This house is a training ground for young musicians and gives them a place to pick with other people.” 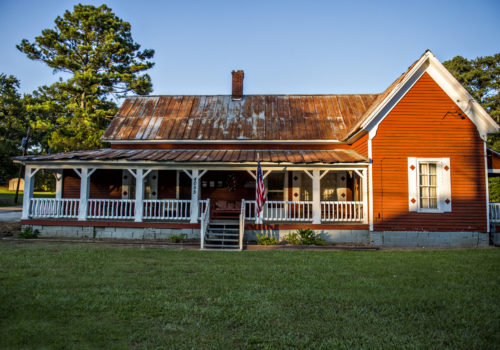 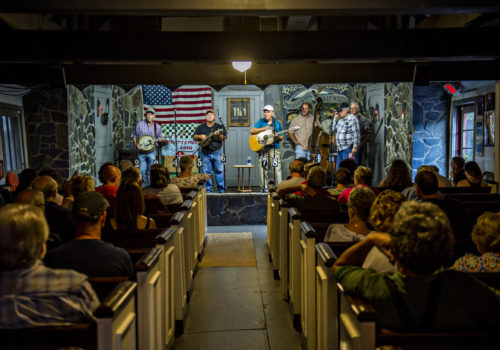 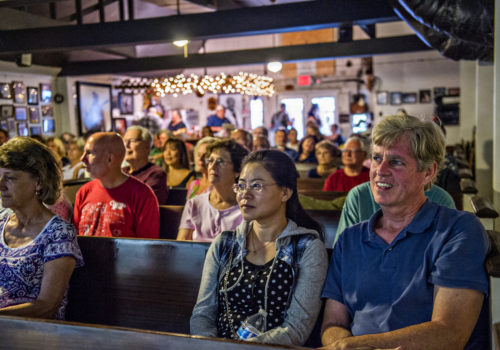 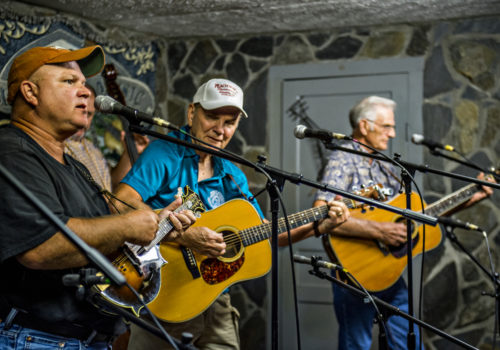 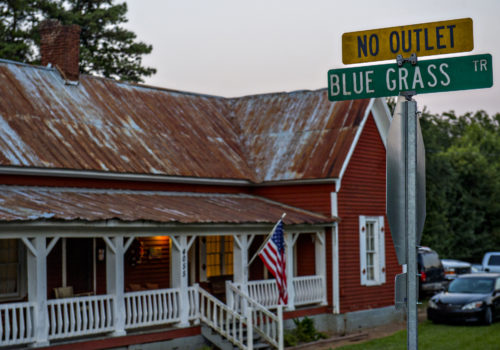 The jam house is one of the things that makes Everett’s Music Barn so critical to the bluegrass ecosystem. Like its Southern cousin, blues music, bluegrass is a once popular and now faded art form. And with elders such as Bill Monroe and Ralph Stanley having passed on, bluegrass must rely on the influx of new generations of practitioners such as Loudermilk and Autry in order to survive. “Young players need somewhere to go to cut their teeth, and a lot of people have done that here,” says Loudermilk. Everett’s Music Barn serves as both a paean to bluegrass music’s past and a pipeline to its future.

The modest house and concert room, nestled in a residential neighborhood on Stonecypher Road a few minutes from Interstate 85, are unlikely spots for a nurturing ground of modern bluegrass music. The Everett family musical legacy began in the house long before the Music Barn was ever raised. Three musician brothers—Leroy, Randall, and Roger Everett—had their own local radio shows in the 1960s and began to host Saturday jam sessions in their family home. The jams grew to the point that the brothers built an addition to the house that included a small stage (a banister was later added to prevent young children from rushing the stage and bumping into the instruments). The house, furnished only with assorted couches and chairs, is now unoccupied except on Saturday nights.

In 1970, Leroy Everett decided to build a music venue in the backyard of the family homestead. Someone donated an eight-room duplex in Norcross, and it was dismantled and moved to Suwanee and used to construct Everett’s Music Barn. The modest, homey room has a large stage on one end faced by 10 double rows of church pews for the audience. Leroy died shortly after the barn was completed, and the last of the three musical brothers passed away in 2010. The Music Barn is now operated by Leroy’s children: Rena Everett McDaniel, Russell Everett, and Tommy Everett.

Every Saturday night, Rena and Russell station themselves behind the front counter to greet each person who enters and tempt them to try one of the half-dozen desserts laid out before them. That’s another tradition here: Some of the sweet temptations are made by the siblings, while others are brought in by regular patrons. There are no tickets to be sold or collected; instead, guests are asked to place a donation into a large coffee can. And that’s how they pay the bands and keep up maintenance, along with fundraisers every April and October that invite 100 pickers to jam sessions that take place all over the backyard and inside the house. “This is our family,” explains Rena. “My grandmother opened up our home to strangers, and that’s what we still do. We want everyone to feel at home here.”

Feeling at home is easy when you settle into one of the cushioned pews then hear a Dobro intro lead into a fast, toe-tapping song driven by Autry’s acoustic guitar, with a mandolin played by Autry’s son, Zack, darting in and out with lightning quick notes. For the next couple of hours, it’s easy to imagine that you’ve been transported back 50 years in time. “This place used to be taken for granted,” says Tommy Everett, who runs the sound system and introduces the bands. “But that’s changed. It’s such a gem and such a rarity. I don’t know where else you can get an experience like this.”

Loudermilk and Autry play the national circuit of clubs, festivals, and even a bluegrass cruise, but they always make room for two annual stops at Everett’s Music Barn. One stop is for a regular show where, like every other band, they are paid through the donation can. But they also perform at one of the annual fundraisers. “We always want to come back because we have an identity here,” says Loudermilk. “We play 90 to 100 shows a year, but this is always a stop for us. I grew up in Toccoa, and this will always be home for us.”

If you love live music, check out some of Gwinnett's other venues: Red Clay Music Foundy, The Train Depot, Atlanta Coliseum and The Bowl @ Sugar Hill.