Where the Locals Eat: Michael Park

Michael Park, who moved to Gwinnett in 2006 after living in Hong Kong, Korea, and New York City, lives in Duluth with his wife, Sarah, and young daughter.

Besides being close to his parents in North Fulton, Gwinnett was a draw because of its large international community, he says. “Coming from larger cities, it was nice to find a place that is multicultural,” says Park, “especially when we’re eating out.” Read on for Michael’s top local picks.

Best Patios: I like Grace 1720 at the Forum in Peachtree Corners. There’s a fire pit outside and the food is fantastic.

Best-Kept Secret: The ArtBar in the Sonesta hotel near Gwinnett Place is this under-the-radar place that has a gastropub feel. The food is really good, the kitchen is open late, and the bar staff are really friendly. 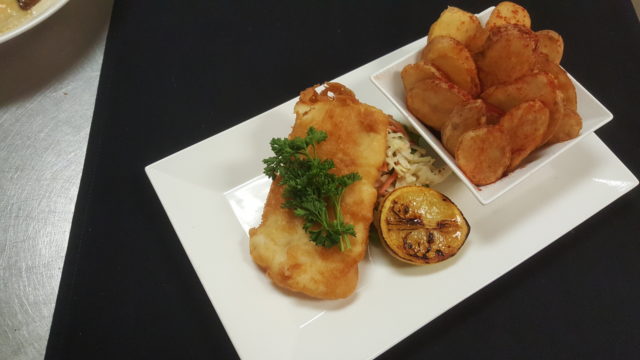 Biggest Indulgence: Definitely Korean barbecue. I try not to go too often, but it’s just such a good deal. For $17 to $19 you can sit there for hours and just eat constantly. I like 678 Korean BBQ, a franchise owned by a really well-known Korean comedian (Kang Ho-dong), and Sun and Moon Cafe, which is tucked away behind Jeju Sauna.

Best for the Family: We love Jang Su Jang’s homestyle soups and stews. It’s run by a family and because of that, they pay more attention to details like having booster seats for children and go out of their way to accommodate us.

Best Breakfast: The Flying Biscuit Cafe in Peachtree Corners — I always take guests from out of town who want to experience grits and fried green tomatoes.

Best Spot for Craft Beer: I’m working on my own craft beer venture, so I really like all the small growler shops that are popping up, like Peachtree Growler Co.

Favorite Restaurant: For contemporary American food and great beer, we love Three Blind Mice in Lilburn. It seems like the kind of place you’d find in downtown Decatur, so to have a place like this in Gwinnett is a real treat.