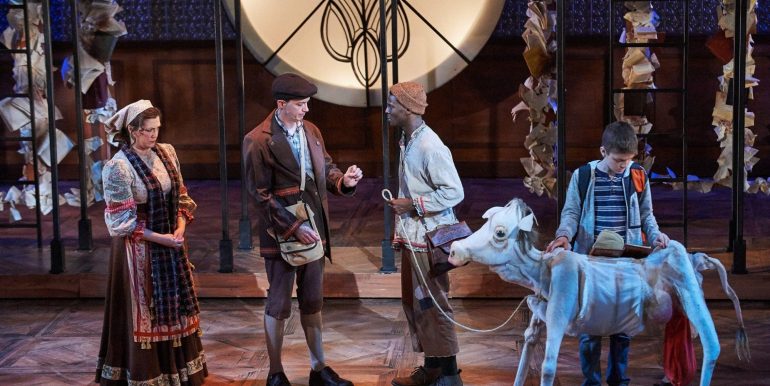 *As we navigate the escalating and continually evolving COVID-19 situation, and with the CDC’s recent direction to limit gatherings of more than 50 people, Aurora Theatre is temporarily closing effective immediately. We will continue to evaluate the situation based on the latest information from local and national public health officials and announce a re-opening date as we know more.*

Aurora Theatre is a world class theatrical facility with two performance venues. Nestled on the square in historic downtown Lawrenceville, Aurora has FREE attached covered parking and is surrounded by restaurants and shops.

To Be Rescheduled. Back by popular demand, the ever-amusing 0.5K is back! And if you missed it last[...]

By Allison Engel and Margaret Engel Due to popular demand, this title will return as part of the[...]

Atlanta’s best improv group returns with a hilarious, off-the-cuff night of comedy. Since 1995,[...]

Based on 225 traveler reviews

Great local venue in downtown Lawrenceville that is only going to get better. Tonight, Valentines Day 2020, my wife and enjoyed some cabaret music by these very talented ladies who played some music... Read Full Review

The Aurora Theater was new to me before we went to see the Christmas Canteen show. Wow. I will definitely go again. Lawrenceville made a great improvement to its old town area with this theater... Read Full Review

FANTSTIC SHOW!!! Wanted a Caberet type jazzy nite out with my Sister. We both enjoyed her full range of songs and OMG what a Voice!!! Prelude to songs gave a look at her life Journey and glowing... Read Full Review

Based on 30 traveler reviews

Great local venue in downtown Lawrenceville that is only going to get better. Tonight, Valentines Day 2020, my wife and enjoyed some cabaret music by these... Read Full Review

Aurora Theatre is located on Pike St. in Downtown Lawrenceville. They opened their doors in 2007, and the building used to be a church. You can still... Read Full Review

My wife and I enjoy the Aurora Theatre and so we invited another couple to see This Wonderful Life with us this past Saturday. We were all blown away by the... Read Full Review