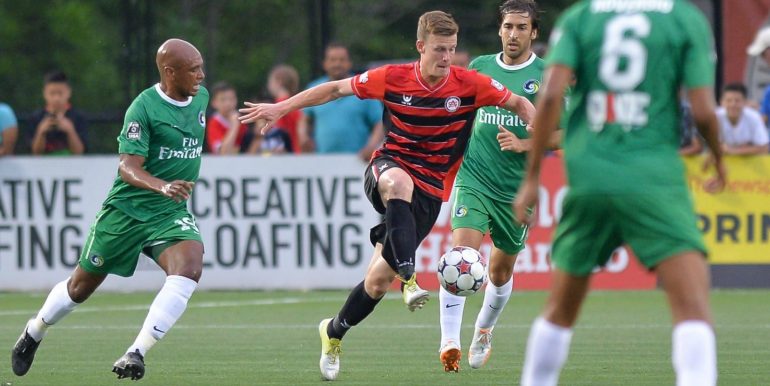 Atlanta Silverbacks FC is Atlanta's only professional soccer club, competing in the historic North American Soccer League (NASL). The club was founded in 1998 and competed in the A-League until 2004 when they joined the USL First Division. The Silverbacks reached the USL Championship Game in 2007.

The Silverbacks returned to the professional field as members of the NASL in 2011. The club earned its first championship in 2013, capturing the NASL Spring Season Championship. By winning the title, the Silverbacks earned the right to host the league's championship game, NASL Soccer Bowl 2013, in Atlanta.

The team plays its home games at Atlanta Silverbacks Park, which houses a 5000-seat stadium.

Based on 26 traveler reviews

I can't believe that it has taken me so long to visit this stadium. A lot of my friends/relatives come here for games and to practice on the fields. My... Read Full Review

Atlanta Silverbacks Stadium is nice. I play in a rec soccer league here, and I really enjoy it. It's a little out of the city, but it's a nice way to spend... Read Full Review

So apparently I am the duchess here which is silly. But that means it is probably time to write a review. I am specifically reviewing the professional... Read Full Review